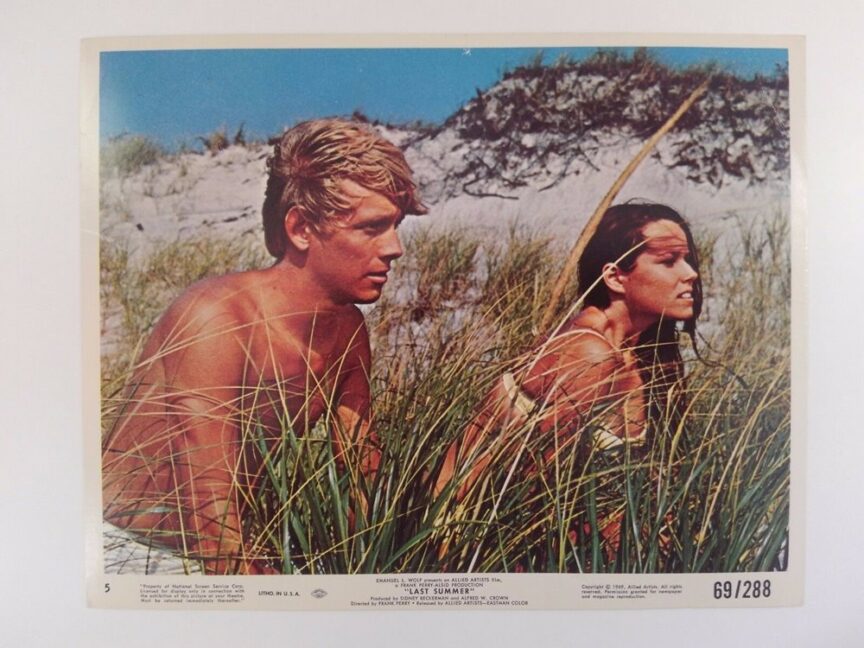 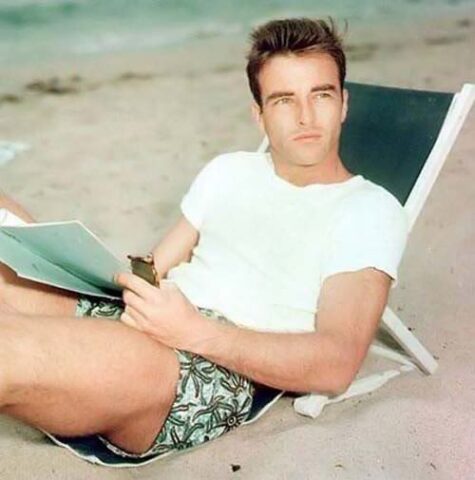 Fire Island is no stranger to movies, television or their stars. Programs like “Law & Order” have occasionally alluded to the place. A 2006 reality show called “One Ocean View” threw a bunch of clods into a Corneille Estates house in a series so obnoxious that ABC (to paraphrase islander Mel Brooks’s script for “The Producers”) closed it on page four; Logo’s recent “Fire Island” has fared better. Back in the 70s the daytime soap “The Guiding Light” used the lighthouse as its titular beacon in the opening credits.

A few minor indie films, from soft-porn to self-important, have been shot on-island; major films with brief island-filmed scenes include “Parting Glances,” “Men in Black II” (the lighthouse subbing for the Truro Post Office) and its sequel “MiB III” (Robert Moses Field 4 standing in for Cape Canaveral!), and offhand references can sometimes be caught (1952’s “Sudden Fear” has a surprising mention of FI). 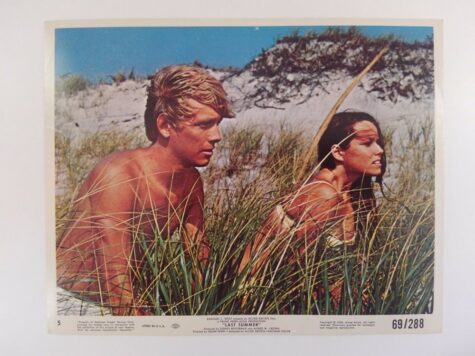 Lobby card of Bruce Davison and Barbara Hershey in the 1969 film “Last Summer.”

Hershey, Richard Thomas and Bruce Davison were at the start of their careers, but critical acclaim went to the late Catherine Burns, whose touching performance as the “plain” girl ultimately victimized by the others brought her an Oscar nomination – yet a career that failed to jumpstart.

Davison returned 21 years later in “Longtime Companion” (1990), a look into the lives of Pines residents ravaged by the 80’s AIDS epidemic; Davison received an Oscar nomination for his sensitive performance.

In between came the oddly-titled “Irish Whiskey Rebellion” (1972), about rum-runners in the 20s, shot in Saltaire; it starred William Devane, Anne Meara and Richard Mulligan and was quickly relegated to 3 a.m. showings on channel 9 before disappearing altogether.

Many stars have dropped by, and some made homes here. Brooks and wife Anne Bancroft owned in Lonelyville. Brooks’s late pal Carl Reiner vacationed in Ocean Beach. Six-time Oscar nominee Thelma Ritter lived in Fair Harbor; more recently Lea Thompson, Uma Thurman and Stanley Tucci in Saltaire; the unjustly forgotten Joan McCracken (1947’s “Good News”) was one of the earliest Pines residents until her death in 1961 at 43.

Perhaps the biggest Hollywood homeowner here was Montgomery Clift, who regularly frequented Fire Island Pines. His centenary is Oct. 17. An actor of astonishing depth, Clift rose from Broadway acclaim to movie fame, appearing in 17 films between 1948 and 1966, including classics like “The Search,” “Red River,” “A Place in the Sun,” “From Here to Eternity” and “Judgment at Nuremberg.” Working with the finest actors and directors of his day, Clift collected four Oscar nominations while his life spiraled downward into a devil’s brew of psychological anguish, drink and drugs. He died of a heart attack in his sleep at the age of 45 – a tragic Hollywood ending.