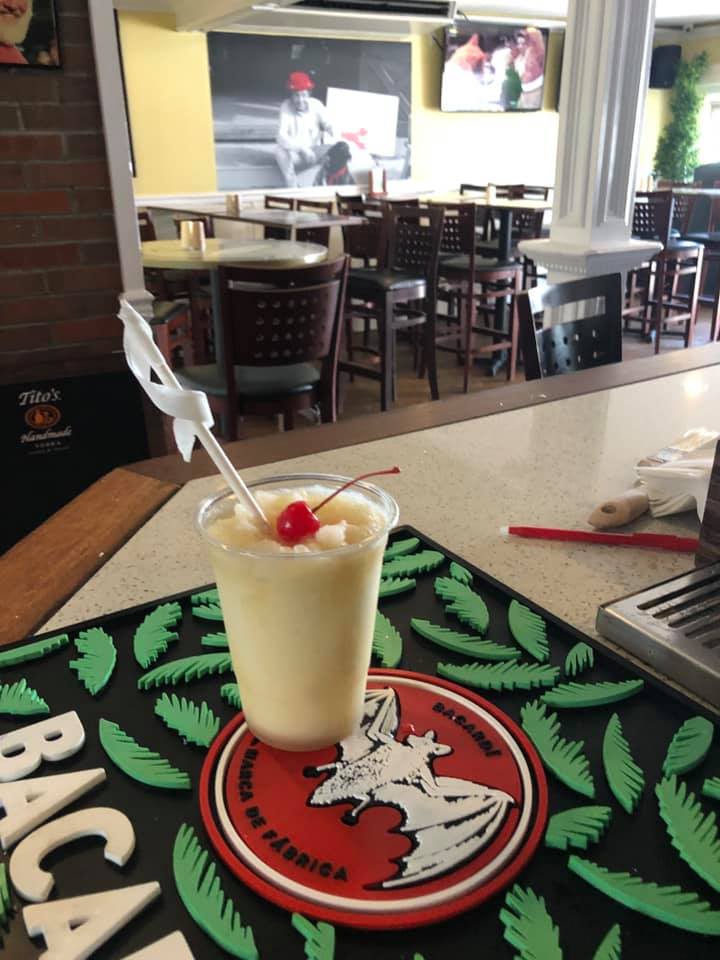 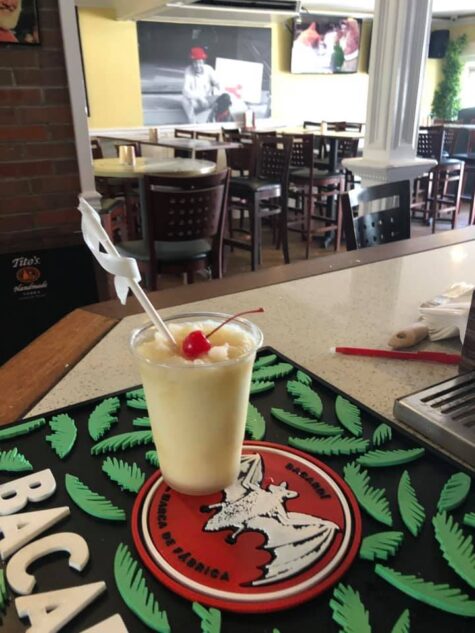 By Lilly Rose Malcolmson ~ Rocket Fuel is the cocktail of choice on Fire Island and all it takes is a few sips to know why. It’s a cool and refreshing concoction. The frozen blender drink tastes very much like a Piña Colada, but it contains some important additions, including amaretto liqueur and Bacardi 151 rum. An internet search will confirm that the drink is synonymous with our beautiful barrier island, but that’s about as far as your virtual tour will go. There are many myths and misconceptions that surround the history of the Rocket Fuel. So let’s try and separate fact from fiction and learn how the Rocket Fuel really came to be.

Myth 1: The Rocket Fuel was invented back in the 1970s: The Rocket Fuel is a nostalgic drink for some, equated with simpler times. Ask certain folks when the Rocket Fuel came to be and the answer every time without fail is, “Oh sometime in the 1970s I guess, not sure exactly when.” Alas, a rock n’ roll lifestyle does have its consequences!

Fact is Bacardi did not sell or distribute their now famous 151-proof rum in the United States until 1980. Without Bacardi 151 rum, there cannot be Rocket Fuels. Once this signature liquor was available, the Rocket Fuel was not far behind, but it is an early 1980’s drink for sure. The 1980’s were a time for big hairstyles and disco fashions. CJ’s had a team of cocktail waitresses who would man the blenders and serve the drinks, often dubbed as blender girls.

“We had four to six blenders going at any time,” reminisced one Fire Island blender girl of the era. “I made enough to put a down payment on my Fire Island house, and one of my friends put herself through nursing school serving Rocket Fuels.”

Myth 2: Rocket Fuels are made the same everywhere on Fire Island: Ever hear of the phrase often copied, never equaled? The Rocket Fuel could be the poster child for this adage. Mixed drinks are to some degree a trade secret. The drink we all know as the Rocket Fuel today was being mixed and served in CJ’s over in Ocean Beach in the early 1980s. Being a bar that was popular with locals and visitors alike, it did not take long for its popularity to spread. The ingredients were easy enough to figure out, however proportions can make or break the drink as any seasoned bartender knows.

Some bars that shall remain nameless were even known to cut corners – use well rum for the base of the drink for instance, saving the Bacardi 151– or even a generic over-proof rum substitute as a “floater.” In other words putting the good stuff on the top and lesser ingredients beneath the surface. Such drinks may call themselves Rocket Fuels, but when all is said and done it is technically a different beverage.

The evidence may well be award plaques bestowed to CJ’s in 1985 and 1995 as the top-seller of Bacardi 151 in the nation, quite an accomplishment indeed for a beach bar of modest stature and primarily summer business.

“The guys at Bacardi couldn’t believe it when they saw how small this place was,” CJ’s owner, the late Giovanni “Gio” Palermo would often say as he proudly showed the award plaques to his patrons.

Gio is now gone and the bar has changed hands several times, but the Rocket Fuel is still served at CJ’s with pride using only the finest Bacardi 151, top-shelf amaretto, and only brand-name pineapple and coconut cream through and through. All this summer CJ’s has been celebrating the legendary drink that helped put them on the map with contests and giveaways. Stop by and join the party.