Transitioning back from beach to city life? What’s new and interesting in New York City’s thriving theatre scene this season might help smooth the adjustment, with performances in store that will inspire and uplift the spirits. Here is a look at some of the special events that will be happening in New York City over the next several months:

Origin’s 1st Irish 2015: New York’s All Irish Theatre Festival has been very well received since it opened on September 2. It continues through October 4, 2015.

The 92nd Street Y has many talks, concerts, readings and music and dance performances throughout the season. Among the talks of special interest to theatre fans include:

The wonderful Lyrics and Lyricists will begin their 2016 season in January 2016. For more information:

The New York Pops begins its 33rd season on Friday October 9, 2015 with “My Favorite Things”: The Songs of Rodgers & Hammerstein with music director and conductor Steven Reineke and special guests Steven Pasquale and Sierra Boggess 8 p.m. at Carnegie Hall.

• The 26th Annual New York Cabaret Convention will be held at Town Hall for four nights, October 13-16, 2015 with a variety of cabaret and theatre artists. For more information: www.mabelmercer.org

Town Hall will also be the site for the new season of “Broadway by the Year” which is created, written and hosted by Scott Siegel and featuring a variety of theatre and cabaret artists.

• The Pirates of Penzance or Slave of Duty by Gilbert & Sullivan Starring opera diva Deborah Voigt, Hunter Parrish, Betsy Wolfe and Tony Award nominee and Drama Desk Award winner Montego Glover with the Orchestra of St. Luke’s with Tony Award winner Ted Sperling as conductor. Performances will be October 15 and 16, 2015 at 8 p.m.

• Dido and Aneas by Henry Purcell and Nahum Tate along with a commissioned work by Michael John LaChiusa starring Tony Award winners Kelli O’Hara and Victoria Clark with the Orchestra of St. Luke’s with Tony Award winner Ted Sperling as conductor will be presented in April 2016.

• The Metropolitan Room is a wonderful cabaret club, which regularly features theatre and headline performers. Among the theatre artists performing in October and November are: Jason Graae, Kelli Rabke and Tony Award nominee Liz Callaway.

For more information and a calendar of performances contact:

• The Paper Mill Playhouse is presenting the world premiere of a new musical “The Bandstand” which will open its 2015-2016 season. The show features “Newsies” and “Gigi” star Corey Cott, Tony Award winner Beth Leavel, as well as Tony Award nominee and Drama Desk Award winner Laura Osnes. In addition the production is directed and choreographed by Tony Award winner Andy Blankenbuehler, whose choreography is currently represented on Broadway in the megahit “Hamilton.” Performances will run from October 8, 2015 to November 8, 2015 and if successful, definitely has its eye on Broadway. 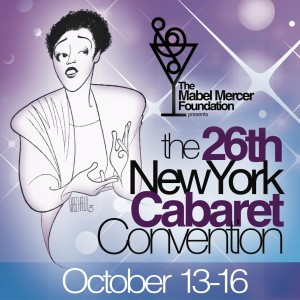 “The Bandstand” at The Paper Mill Playhouse 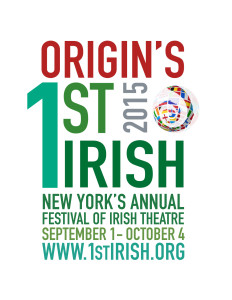