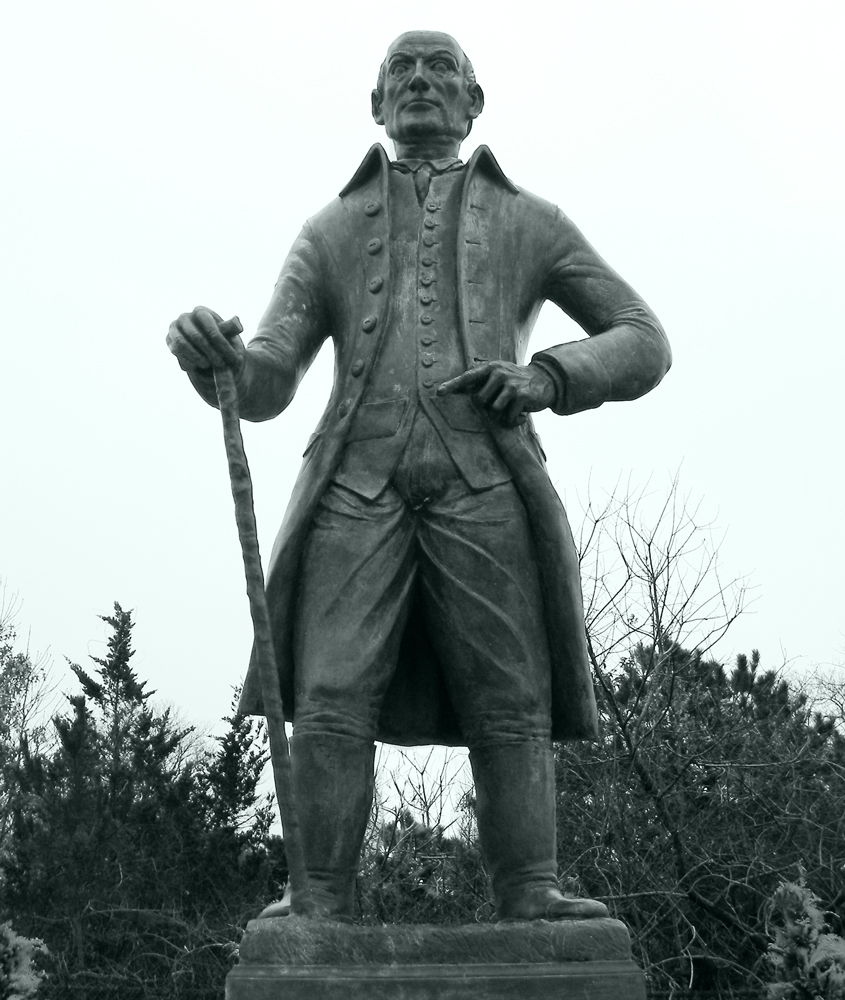 In response to Emma Boskovski’s “Fallen Idols of Fire Island (Part 2)” Published in our July 24, 2020, edition: 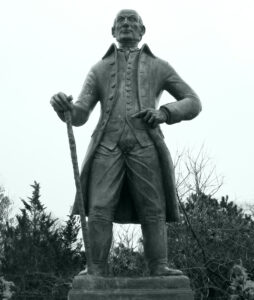 The embattled statue of William Floyd sculpted by Santo Matarazzo stands at the intersection of Montauk Highway and his namesake parkway, and has become controversial since being placed there in 2013. (Pho- to Mastics and Shirley Chamber of Commerce website)

I was raised in Mastic Beach, having graduated from William Floyd HS in 1967. I moved to Virginia in 1977. Quite a difference, indeed. But Virginians do exhibit an unquestionable pride, in being the birthplace of America in 1607, the marked triumph in Yorktown in 1781, and the state who “boasts” the most number of Presidents. Indeed many of our Founding Fathers hailed from VA. Lee surrendered to Grant in Appomattox, VA. And we can also “boast” that the first enslaved African Americans came to our shores, at what is now Ft. Monroe in 1619 … something we, like the Germans with the Holocaust, are not so very proud of.

I learned very quickly, when the monument issue came to the limelight, that in the South, these were not erected to memorialize our southern history. Rather, they were erected during The Jim Crow era and the KKK Terrorism of the 1930s and 40s.

Yes, George Washington, Thomas Jefferson, and perhaps, my own alma mater, William Floyd, owned slaves. The Indentured “servants” in NYC, had a similar lot in life, as we experienced the growing pains and desire to make a quick buck. We should NEVER try to erase our history. If any of you saw “Hamilton” in the theater or on Disney+, you witnessed how many “mistakes” were made by our FF’s. No one is perfect … Let he who is free from sin, cast the first stone. The statues in the North of William Floyd, a signer of our Declaration of Independence, of George Washington, the highly respected Father of our country, and of Thomas Jefferson, the author of our Declaration, and others who fought militarily and politically for our freedom, should never be minimized. We all learned different takes on history. Boy did I learn that when I came south, only to learn that Robert Kennedy, as Attorney General, went to Roanoke, VA, just a decade before, to cut the chains off of the schoolhouse door to enable desegregation to occur.

We have much to do in our country to make this “a more perfect Union.” It’s time to devote our efforts to that. The South is dealing with its history of white supremacy and racial injustice. I suggest that you, up North, capitalize on the progress you have made, both with immigration AND COVID19. I’m so proud to be a New Yorker at heart!

To submit your letter to the editor for consideration, write us at editor@fireisland-news.com. Electronic submissions only, no paper letters please – 350 words or less advised. We reserve the right to edit, abridge, or not publish any letter as we see fit. The opinions expressed in Letters to the Editor are not necessarily those of Fire Island News.